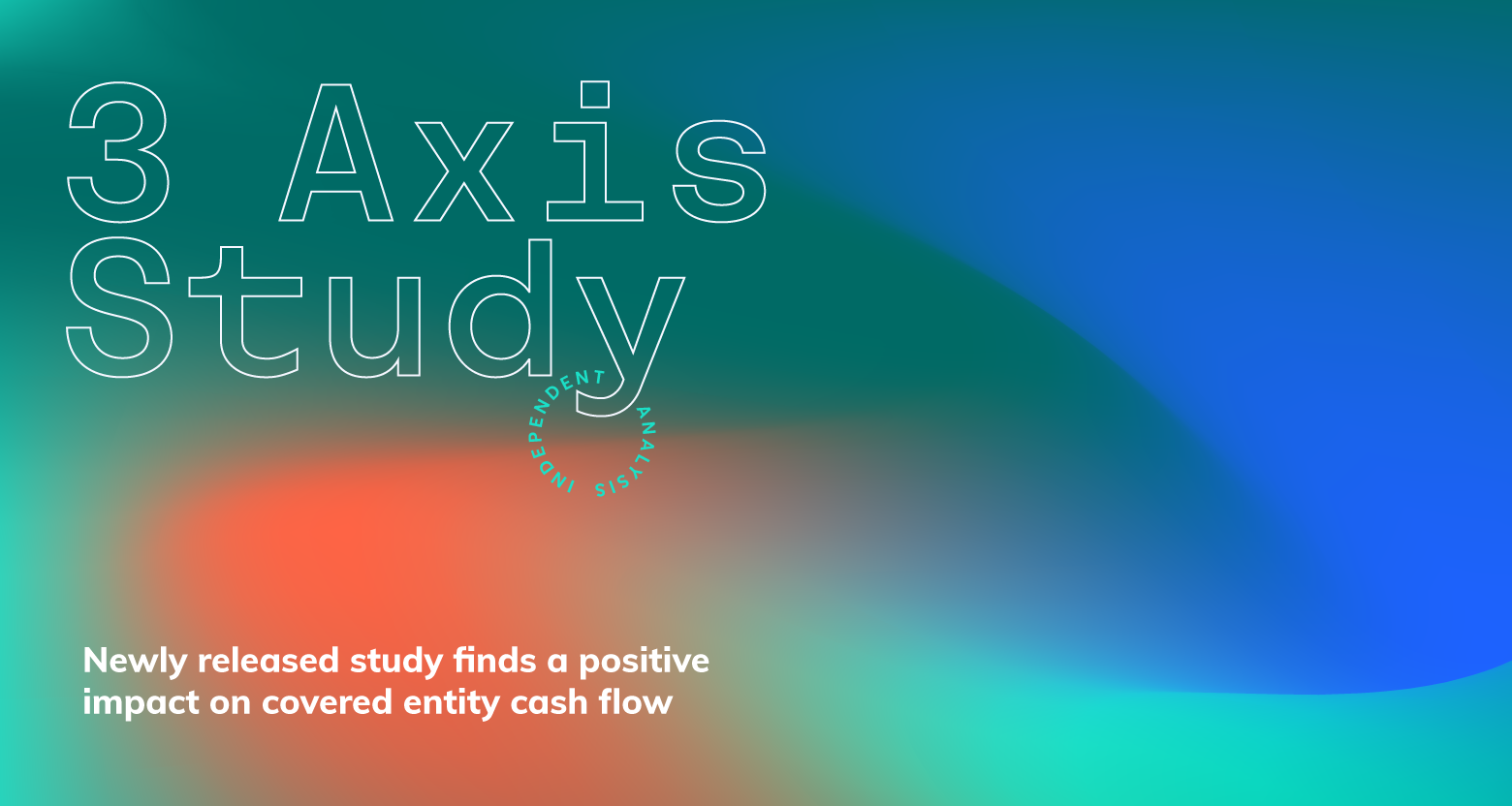 A newly released study by highly regarded research consultancy 3 Axis Advisors examines how the Kalderos 340B rebate model impacts covered entity cash flow when implemented at contract pharmacies. The 3 Axis study finds a positive impact on covered entity cash flow in every scenario analyzed — and the greater the contract pharmacy volume, the more significant the improvement to cash flow.

Based upon the assumptions in the report, our model demonstrated positive cash flow for covered entities with the Kalderos 340B rebate model relative to the existing replenishment models.”

How this study came about

As a leading health tech innovator, Kalderos builds unifying technologies to address systemic challenges in healthcare. Our platform solutions make it easier for all stakeholders to participate transparently and compliantly in drug discount programs, including 340B.

The 340B rebate model was first proposed in 2020 by Kalderos’ internal experts, who bring decades of experience in Drug Discount Management, pharmacy management and 340B compliance. As our internal experts developed and refined the model, one key stakeholder benefit they identified was a positive impact to covered entity cash flow when operationalized at contract pharmacies. To further test this understanding, Kalderos commissioned an independent study by research consultancy 3 Axis Advisors, which brings considerable expertise in the U.S. healthcare system and drug supply chain, as well as project design and data aggregation and analysis.

We were excited to partner with 3 Axis due to the co-founders’ many accolades in the industry, including being particularly well-known for an instrumental contribution to exposing drug pricing distortions in Ohio’s Medicaid managed care program, as well as nonprofit work through 46brooklyn Research. This study was commissioned with the understanding that as independent researchers, 3 Axis would publish their findings, regardless of the results.

To design the study, 3 Axis created two overall scenarios using a combination of real-world inputs. The first scenario modeled cash flow under the current replenishment model. The second scenario modified these inputs in light of a switch to a rebate model. Then, 3 Axis applied a sensitivity analysis to see the result of modifications to two key variables: 340B contract pharmacy volume as a percentage of the covered entity’s overall 340B volume, and current AWP brand discount applied to PBM reimbursements on contract pharmacy dispenses. The impact to cash flow was positive in all 25 configurations analyzed.

For a hypothetical covered entity that dispenses 10% of its 340B volume through a contract pharmacy and is currently reimbursed based on a 17.42% AWP brand discount, the report projected a .7% improvement in cash flow within the parameters of the study.

3 Axis identifies a few key factors contributing to the improved cash flow under the rebate model:

The 340B rebate model in action

The Kalderos 340B rebate model represents a unifying solution to the current challenges and controversies surrounding contract pharmacy participation in 340B. The rebate model, operationalized at contract pharmacies, offers significant benefits to all stakeholders in the program, ultimately resulting in more streamlined, more transparent, more compliant collaboration for everyone. That means 340B can continue to function as intended, benefiting safety net providers and the vulnerable patient populations they serve.